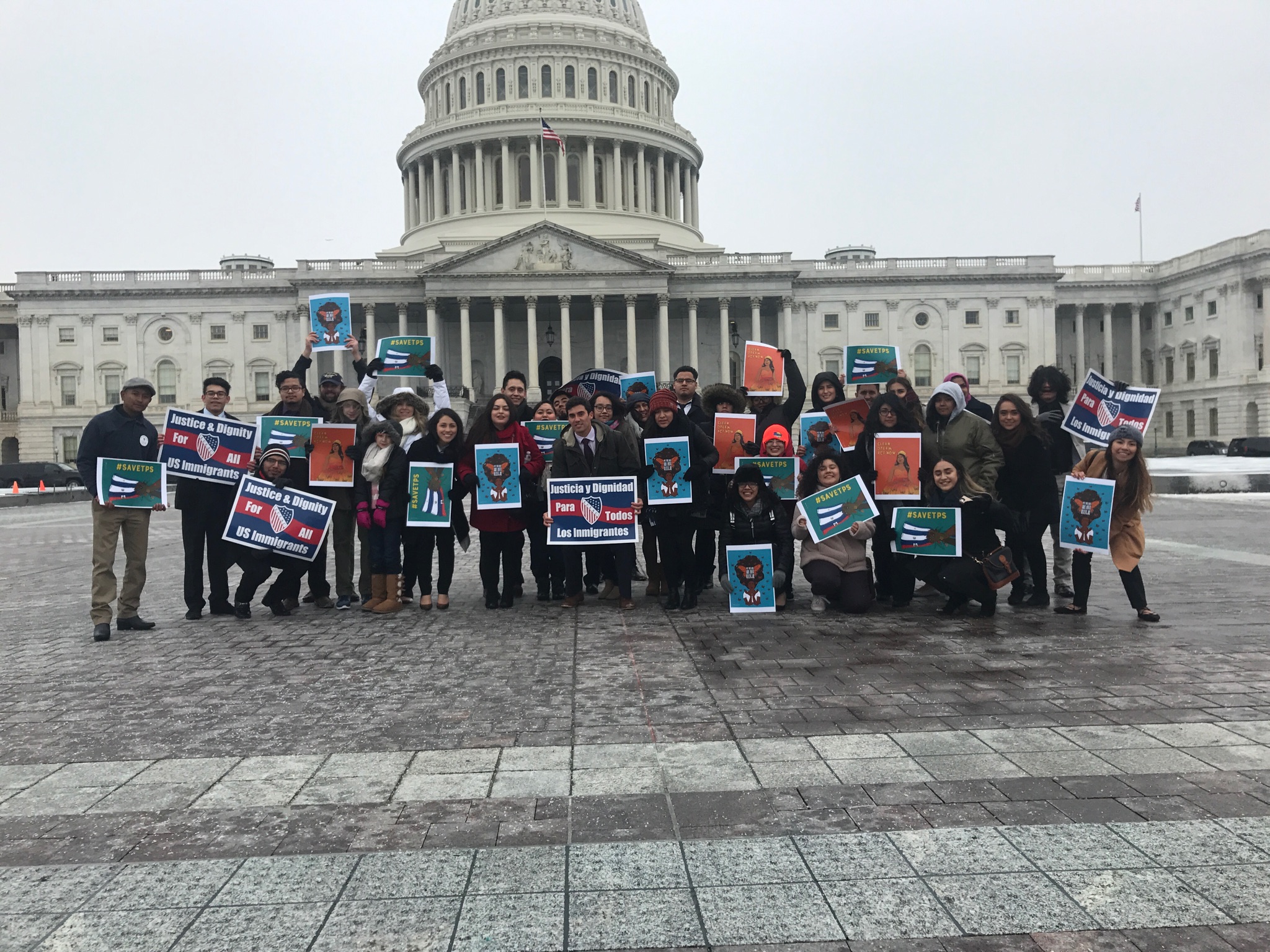 The struggle to end discrimination and segregation of people of Mexican/Latin descent in America played a part in the development of LULAC in California. Latinos in California in the first half of the twentieth century responded to challenges encountered by adhering to the premise within the aims and purposes of LULAC that the means for a betterment of life for themselves and their posterity is through education and ultimately American  participation encompassing active involvement in the social, political, cultural and ethnically diverse American way of life. As a result, the League of United Latin American Citizens spread from its original founding in Texas to other states, and councils in California were formed. Jacob Rodriguez formed the first LULAC council in Sacramento, California in 1933, others followed LULAC is bound to continue its legacy as a civil rights champion for American Latinos because as the late Hector G. Godinez once commented “the fight for civil rights is one with no beginning and no end.” In reference to the role of LULAC in the school desegregation landmark lawsuit, Gonzalo Méndez et al. vs. Westminster School District of Orange County et al, Mr. Hector Godinez also made this comment on September 6, 1996, “Our work and success on the Mendez (et al) case was what formed the Santa Ana LULAC Council.” (Interview: Hector G. Godinez, 1996, patriot with civil rights, WWII veteran, early member of LULAC Council No. 147, regional organizer for LULAC in California, past National LULAC Vice-President and past National LULAC President).

The embodiment of the ideals and spirit of LULAC developed as a construct of associations and connections built on trust transpired through a course of action that although in some cases exigent, took years to occur. Embryonic when first formed, organized groups developed into chartered councils. The legitimacy of a national institution such as LULAC is built upon the legacy of the efforts of its membership and its accomplishments. California LULAC councils formed because certain patriots with civil rights became actively involved in issues that affected them and their families. Political action for the purpose of ensuring civil rights in all aspects and in all circumstances is dependent upon legal protection. This course of action, contingent on the laws of America, is the foundation for groups or organizations made of councils of individuals who converge to protect themselves and their people from violation of their American civil rights. The members of LULAC accepted the truth expressed in the belief, we must remain forever vigilant of our freedom, a people free of maltreatment and negative restrictions as George Washington an American revolutionist and activist, and his predecessors in the American cause believed. The principle of organized groups explicitly stated is that with a greater support in numbers of people joined for one cause of social justice more can be accomplished; thus a people freely united can better defend themselves from antagonistic offenders of civil rights. American Latinos abide by this principle of liberty protected by the secured jurisdictional authority of American governmental laws; the history of LULAC demonstrates this point.

With respect to the class action lawsuit pertaining to desegregation in the schools that California LULAC founders helped to organize in 1944, it has been claimed that the plaintiffs of the desegregation case, Gonzalo Méndez et al. vs. Westminster School District of Orange County et al.were simply Mexican, Mexican American, American citizens, Hispanic, Latino or Chicano parents and not activists who had help from their respective activist group. The question that arises is when did these parents or simply individuals become actively involved and thus become activists for all who organize are activists. From research the connections of people and their activity are made visible. Research suggests they knew, heard, and or followed the example of predecessors who had knowledge, skill, and experience for the empowerment of people of Mexican/Latin descent. Predecessors were involved in the civil rights movement prior to the highly acknowledged civil rights period of the 1960’s and its incipient Chicano movement. Included in these earlier efforts are members of LULAC on the national and regional level. A significant marking point of civic participation of California LULAC founders in the formation of the Orange County school case is briefly summarized here in the following. At the Westminster Elementary School Board Meeting of September 19, 1944, patriot with civil rights, Mr. Cruz Barrios, a founder of LULAC in Orange County, California, asks the board “that the schools be united.” His words and his presence and the words and presence of another patriot with civil rights and founder of LULAC in Orange County, Manuel Veiga Jr. are recalled by fellow patriot with civil rights Gonzalo Méndez as recorded in his sworn testimony of July 9, 1945 before Judge Paul McCormick. Mendez testified that Manuel Veiga Jr. stated (at this same meeting of Westminster Elementary School Board of Trustees of September, 1944) that “the Mexican people. . . are not as dumb as lots of people thought they were.” (See for Gonzalo Méndez testimony under oath, July 9, 1945 as reproduced from transcripts of Méndez v Westminster, 1946 personally obtained by author at National Archives and Records Administration, (Pacific Region), Laguna Niguel, California). The facts attest that American Latino patriots with civil rights and founders of LULAC in Orange County, no matter under what formal or informal ethnic group name they fell under, Cruz G. Barrios and Manuel Veiga Jr. and Hector R. Tarango of “Latin American Voters League” as Méndez testifies or of the “Latin American Voters Counsel as they are referred to in the Minutes of the Westminster Elementary School Board of Trustees of September, 1944 or Latin American Organization, LAO in other research, Hass, (1985) (Matt Garcia, 2001) were there co-leading the cause before the school board in the beginning of the formation of the class action lawsuit. In his interview in December, 2002 Mr. Hector R. Tarango additionally explained that civil rights attorney David C. Marcus affiliated with the Mexican consulate advised them to do what was necessary because before legal action is taken administrative remedy must be sought. The Minutes of the Westminster Elementary School Board of Trustees, September 19, 1944 as taken by the secretary, Louis Conrady, have a misspelling of Tarango and he is incorrectly named “Diago.” Without Tarango’s explanation, no account of his actual participation was made. Hector Tarango was a patriot of civil rights and a founder of California LULAC who stated several times in interviews 2002, 2003 and 2004: “We formally of the Latin American Voters League and founders of Santa Ana LULAC Council No. 147 organized the class action lawsuit after we, Manuel Veiga Jr. myself and Cruz Barrios, and another person consulted David Marcus in Los Angeles. Mendez volunteered to be a representative plaintiff.”

LULAC, a national civil rights organization, was established in 1929 in Corpus Christi, Texas (Ben Garza, first president) and then spread to other southwestern states, including New Mexico, Arizona and Colorado and California and later to others. The LULAC motto is All for one, and one for all. Research revealed that LULAC councils of patriots with civil rights expanded into California in 1933 via the work of a member of San Antonio, Texas LULAC Council No. 2 named Jacob I. Rodriguez who moved to Sacramento, California in December In 1933, Rodriguez is conducting LULAC work as noted in the LULAC NEWS of that year. Jacob I. Rodriguez writes an article while living in Sacramento, dated February 1933, titled, “The Spirit of LULAC” and declares the spirit of LULAC is the spirit of democracy. He further advocates, fall in line behind the glorious banner of LULAC that organization of real Americans. After a few years of residing in California, Mr. Jacob Rodriguez returns to San Antonio, Texas where he continued to serve LULAC as a dedicated founder and life-long member.

The founders of California councils organized themselves with the assistance and guidance from LULAC on the national level whose leaders specifically appointed LULAC organizers for California’s patriots with civil rights. LULAC organizers passed on the spirit of LULAC and manifested Americanism through generations of families through friendships and associations. Again as an example, the family of founder of LULAC in Orange County Hector R. Tarango had a close family friendship with the family of LULAC regional organizer William H. Wheat in Los Angeles that continued when the Tarango family, originally from Clifton Arizona, left Los Angeles to move to Orange County. Hector Tarango’s father and William H. Wheat were close friends. William H. Wheat, half Irish and half Mexican and from Texas, his father born in Ireland then came to Tennessee then Texas, passed on his knowledge of LULAC to Californians. It is William H. Wheat a person involved in law enforcement, (according to grandson Joe Cruz, possibly F.B.I.), while living in San Gabriel a member of Alhambra LULAC Council No. 137, that officially organizes LULAC in Orange County and installs the Santa Ana LULAC Council No. 147 on June 9, 1946. Prior to this installation of officers, Wheat held informative meetings about LULAC at Ramon Prado’s Barbershop on 4th street in Santa Ana (Interview: Tony Luna, 1996). John O. Gonzales came to California from Phoenix Arizona where he was a member of LULAC. John O. Gonzales is present at the installation ceremony of the Santa Ana LULAC Council as 1st Vice-President General of LULAC on the national level and an organizer in California and a Los Angeles council member. Mr. John O. Gonzales, a law student who attended Los Angeles University College of Law, 1942-1944 wrote many articles. Please see in LULAC NEWS, an article of his “Calling All LULACS” advocating support for the Orange County school desegregation case Mr. John O. Gonzales further organized other councils as California regional governor a position today recognized as state director.

LULAC council founders demonstrated their leadership skills, their knowledge and experience learned from predecessors through civic participation. In Orange County for example, the parents of certain LULAC founders–community leaders themselves–imparted knowledge and experience in organizing heritage events such as the Mexican Fiestas Patrias. Such events were co-sponsored by Comisión Honorifica a commission of the Mexican Consulate. These public events featured public speakers, parades, educational and cultural entertainment such as dances, poetry, music, both Mexican and American, beauty pageants, and Mexican historical and oratorical performances. These ethnic events were sanctioned and partly joined in by respective local officials and civic leaders from the Anglo American community. Additionally, although less in extent, LULAC leaders were indirectly supportive of efforts of activists who were involved in the civil rights of citrus workers who organized themselves as local labor movements. Moreover, LULAC as a civic organization contributed to the success of other American civic groups as well. LULAC was actively and visibly engaged in community efforts of the American Cancer Society, the American Red Cross, the Olympic Fund, the Boy Scouts of America and many more.

California LULAC is grateful and honors its founders for its members mostly of Latin or Mexican descent remain faithful to the cause of being vigilant in the defense of equally shared American freedom and justice in the American way of life while upholding education as a means to ensure success.